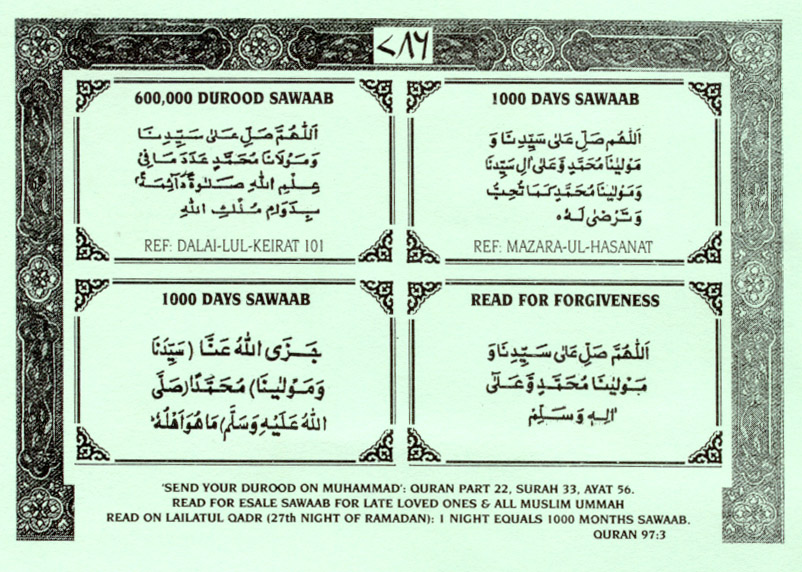 Giving Sadaqah will help with Duas being answered, Sins be erased and sicknesses are sometimes due to sins; Showing gratitude is sunnah and Allah loves those slaves who shows gratitude; gratitude earns more (ziyada) favours from Allah, Allah promises increased favours for those who are grateful and (hates misers see hadith below) "And when your Lord proclaimed: "If you are thankful, I will give you more"(14:7) and "We shall reward those who are thankful" (3:45)  Allah informs us that one of Satans primary objectives is to prevent humans from being grateful. So show you  support be Thankful for these Duas and Khidma and take more rewards from Allah by Helping and Support “The Sufi Healing Project” through Uns Foundation and take the barakah of this site and all the people who read its duas too through Sadaqah Jariyah.


Supporting Uns Foundation with Sadaqah
Why is Sadaqah Important - Sadaqah extinguishes sin as water extinguishes fire
Why is it so important to give Sadaqah even a little  as £1 or £3 or more a month
Posted by Unknown at 17:07