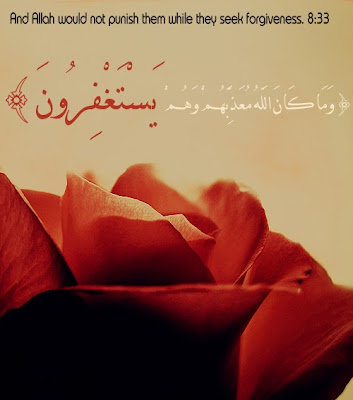 
Another shorter way from any a few verses for 70,000 angels seek forgiveness. 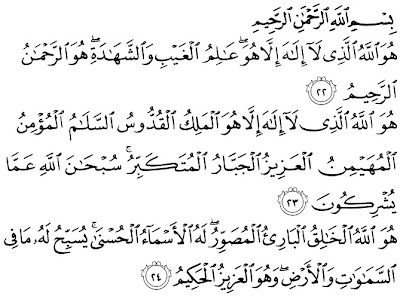 Then 70,000 Angels are appointed by Allah, who seek forgiveness on behalf of that person till the evening. Should he die during the day, he will die as a Shahid (martyr).


You must have a wird (any repeated devotional act), of the Mighty Book to be read every day. The least you should do is read one juz' (one thirtieth of the Qur' an), so that you complete it once month, and the most is to complete to every three days.

Know that great merit attaches to reciting the Qur' an, and an influence in illuminating the heart. The Messenger of Allah, may blessings and peace be upon him, has said : "The best of my nation's devotions is the recitation of the Qur'an".

Beware of concentrating, while reciting, on reciting a large amount to the exclusion of reflection and correct recitation. You must reflect and comprehend while you recite; slow, melodious recitation will assist you in this.

Feel in your heart the Magnitude of the Speaker (Transcendent and Exalted is He!) and that you are before Him, reciting His Book to Him, in which He addresses His commands, prohibitions, counsels and exhortations to you. When reading verses on unification and glorification be full of reverence and awe, when reading verses of promises and threats be full of hopeful expectation and apprehension, and when reading the commands and prohibitions be thankful, acknowledge your shortcomings, ask for forgiveness and determine to show ardour.

Know that the Qur' an is the ocean where from the jewels of knowledge and the treasures of understanding are extracted. Any believer who is grant the way to understand it, his Opening (fath; Victory in a general sense. The same word can be used for the conquest of a city, the dispelling of hardships, achievement of success in any endeavour, and the unveiling of the Eye of the heart so that it begins to perceive the Unseen; it is usually in this latter sense that the term is used in sufi texts), becomes permanent, his light complete, his knowledge vast, and he never tires of reading it night and day, for he found therein his goal and his purpose. This is the quality of the sincere seeker. Shaykh Abu Madyan, may Allah me pleased with him, has said: " A seeker is not a seeker until he is able to find in the Qur' an everything that he desires."

Be careful to read those suras and verses which are recommended in the sunna at particular times; for examples
al-Sajda; The Prostration [32],
al-Mulk; The kingdom [67],
al-Waqi'a; The Event [56],
and the last two verses of al-Baqara; the Heifer[2], every night before going to sleep.
al-Dukan; The Smoke [44], on Sunday and Thursday evenings, and
al-Kahf; The Cave [18], on Thursday night and Friday.

similarly, al-Ikhlas and he last two suras of the Qur' an together with the al-Kursi verse; The Foot stool [2:255], and suratal-Kafirun;The Disbelieves[109], immediately before going to sleep, making these the last thing that you utter.

And Allah Ta’ala says the truth, and He guides to the way.